I am a singer. I improvise, compose or arrange partly electronic music. I also write lyrics.

Carin on Soundcloud: soundcloud.com/calun
Music label: Compusic Records is a music label of mine and Magnus Frenning.

I like sounds. Sounds that make an impression. Text as sound, voice as sound, instrument as sound. As a music producer, I can create my own soundscapes. I write lyrics that mean something to me and hopefully to others. 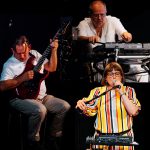 Background
IC started as a duo in April 2009 by Magnus Alexanderson and Magnus Frenning to explore improvised electro-acoustic music (electric, sampled and electronically generated sounds). The duo performed together with the prominent reed/wind instrumentalist Geoff Leigh (UK) and the vocalist & perfomance artist Carin Lundhquist at Fylkingen in oct, 2009. In april 2010 Carin joined the group. 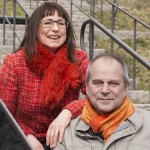 Grape is duo based in Stockholm, Sweden. All songs by Carin Lundhquist.

Background
The couple Carin and Magnus started as a semi-laptop duo in 1997 with a few gigs and a webbcast. They were inspired by the club scene in England, especially drum & bass and triphop.

Grape was presented in the brasilian worldmusic radio station, Mosaico radio. They have been performing with several other artists but recently gone back being a duo.

LARM
Carin is represented in the book ”LARM From mouth cavity to laptop: sound of Nordic art” 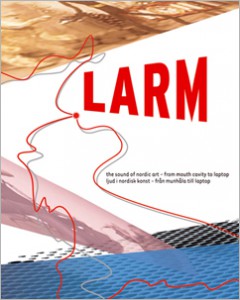 ”My fascination in vocal soundmaking was early realised in a tape composition for voice and percussion. It all started in 1979 when working with pianist Per Henrik Wallin. I met Joan la Barbara and then went to Amsterdam to study for Dorothy Dorow. In musicology I explored Extended vocal techniques as a crossover phenomena, from rock and jazz to contemporary music.
I participated in works by Thomas Jennefelt (Modern Museum, Sthlm) and Susanne Valentin (Music dramatic group, SR). In 1982 I started the free form duo Cajlas with Lasse Jonsson (perc) and performed at the Spräck festival, Sthlm.
After a long break I co-produced/performed with the cabaret group Franska kort before writing music again, this time with computer aid. I recorded the demo Månstråle which gave me a large STIM grant. I then produced the record Carin & Inblanco which was played at SR, 1996. In 1997 I started the group Grape, a duo with Magnus Frenning, drummer and composer of electro acoustic music.
In Grape I develop my own blend of choir and odd instruments. With aid of Magnus Frenning, who develops my rythmical ideas, the songs are framed within a suggestive groove. In 2005 we started performing live again after a break.”

”I grew up at a farm with lots of noices to influence me. Machines, animals and nature. I used to improvise to the beat of a water pump or sing loudly from the tractor. When I was eight I started in the village churchchoir and went performing with my two sisters. At ten I continued with guitar, singing swedish foksongs and american folk/protestsongs. I joined a theatre group at highschool, made music with them and picked up latinamerican folksongs. After that I moved to Stockholm to attend art school. A friend played Flora Purim to me and I became a great fan of jazzimpro. To be sure I didn’t miss out anything I also went to theater school, music school and studied Musicology, Sociology and Pedagogic. Went touring as a bass player, as an actor, as a singer. Bits of this and that. After my sisters child died in cancer I started writing my own songs again. That led to demos and a scholarship, which led to an ep (Carin & In blanco) which was picked up by swedish radio.”